Alex Goncharenko (born Alexey D. Goncharenko) – Russian muralist, works in Pan-geometry artistic style.  Was born in Leningrad, Russia, Soviet Union in 1955, and currently lives in Moscow, Russia. Member of the Moscow Union of Artists since 1995, and in 2004 joined the Union of Designers of Moscow. Since 1985 Alex Goncharenko participated in a number of Russian and international art exhibitions.  His works were bought by private collectors of Russia, Poland, Germany, Austria, Luxembourg, etc.

Alex Goncharenko born in the family of an artist, Dmitry L. Goncharenko (1924–2011). His stepmother, Elena D. Goncharenko (1942-2013), an art historian, was a Council of curators member in “Dom” cultural center (the cradle of Moscow underground art). Currently lives in Moscow, Russia.

In 1973-1975 he did the military service. After demobilization he started work with Moscow Monumental and decorative art complex. In 1975-1994 with Viktor B.Elkonin (whose teachers were Vladimir A. Favorsky and Lev A. Bruni) and, also, with his father Dmitry Goncharenko, Alexey created designs for industrial and public buildings in different cities of former USSR. Alex Goncharenko co-authored and author of a number of mosaic and ceramic panels, stained-glass windows and other works of monumental-decorative art.

From 1990 to 1999 Alex Goncharenko created several series of art objects dedicated to Russian Avant-Guarde under the “Right to dream” project (curated by Vitaly Patsukov).

-The anniversary exhibition dedicated to the 50th anniversary of the section of artists monumentally-decorative art. Moscow House of artist. 2004, Moscow, Russia

-Personal exhibition. In Search of a new space, Gallery A3, 1994, Moscow, Russia

Project consists of two series (“Techno-zone” and “Androids”) that examine structure and models of new techno-reality. The imagery is defined by a system of artistic organisms (“personas”) – artifacts as individuals. Compositions presented in these series follow the tradition of Russian constructivism and ideas El Lissitzky’s pangeometry. They reveal a special dialogue between contemporary postmodernists forms and avant-garde canon of the first decades of 20 th century.

Project focuses not only on the relations between classic radical culture and intellectual imagery of contemporary geometric artistic systems, but also on the avant-garde traditions’ mutation phenomenon, i.e. on contemporary artistic comprehension of avant-garde vision primal scheme. Series “Techno-zone” and “Androids” discover a world of ludic combinatorics comprised of figurative Malevich’s and Lissitzky’s elements, transcoded in deconstructive technologies and forms of computer strategies. Dramatic composition of my project is built upon a deeply personal gesture.

There are no reviews yet. 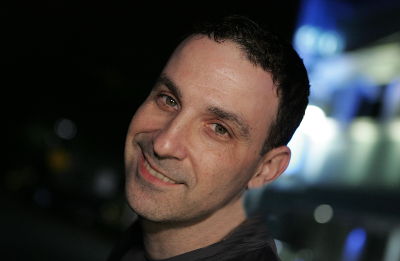